Meghalaya is a state in North Eastern India. It is a hilly strip in the north-eastern part of the country. The state is adorned with beautiful blue hills and roaring waterfalls. There are also beautiful valleys with towns and villages dwelling in them. Shillong, the capital of the state, is a beautiful town with many exotic tourist places in it. 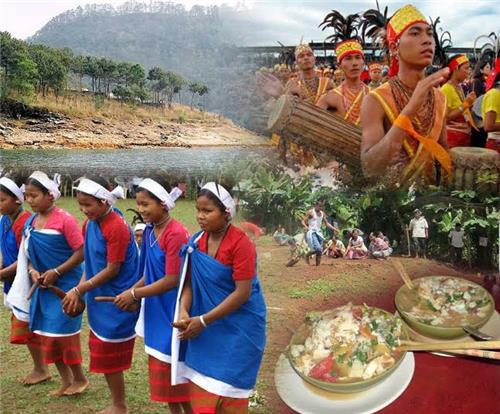 The history of Meghalaya is associated with the three predominant tribes inhabiting the state since centuries. The Khasis, Jaintias and the Garos are the chief inhabitants of the state of Meghalaya. According to legends the Khasis were the earliest immigrants of the state. The Khasis made their way across northern Myanmar to Assam. The Khasis symbolize the Mon-Khmer language of south-East Asia. The Khasis, Jaintias and the Garos had their own kingdom then. The kingdom of Khasis, Jaintias and Garos came under the British administration in 19th century. In 1765 the British came to Sylhet (now in Bangladesh). Khasis used to visit Pandua, the border of Sylhet, for trade purposes. Bengal used to import limestone from the Khasi Hills. Eventually the British started trading in limestone and developed contact with the Khasis.

When Meghalaya was added to Assam an uprising was started by the people for the attainment of independence from the state of Assam. Freedom fighter Tirot Singh started an uprising but his uprising was suppressed. Several treaties were signed with Khasi chiefs.

In 1862 the Jaintias revolted under U Kiang Nongbah. The British eventually took control of the resources of the Khasi Hills. They suppressed the chiefs and took control of the judiciary.Meghalaya became as an independent state on 21 January 1972, when it was carved out from two districts of the state of Assam - the United Khasi, Jaintia and Garo hills. Before attaining the full statehood, Meghalaya was given a semi- autonomous status in 1970.

In 1971, the Parliament passed the North-Eastern Areas (Reorganization) Act, 1971, which conferred full statehood on the Autonomous State of Meghalaya. Meghalaya attained statehood on 21 January 1972, with a Legislative Assembly of its own.

Important events in the history of Meghalaya

Agriculture is the predominant occupation of Meghalaya. Being an agrarian economy, majority of population is engaged in agriculture and allied activities. However, even after that, due to low productivity and unsustainable farm practices, Meghalaya has to depend on imports of food items. Meghalaya has a vast source of natural resources like limestone, coal, Kaolin and granite. Meghalaya is mainly an agriculture-based economy. Nearly two-thirds of the total people of Meghalaya earn their livelihood through this. But still the contribution of agricultural sector is only one third to the state’s Net State Domestic Product (NSDP). 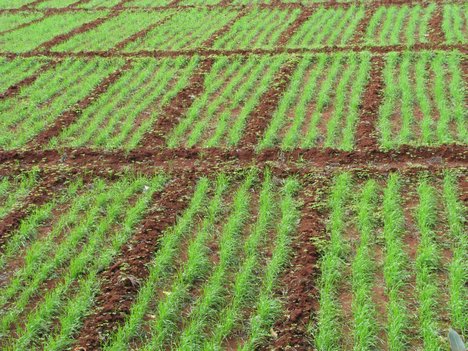 Majority of the population of Meghalaya depends upon agriculture for their livelihood. Because of the presence of the pleasant climatic conditions various kinds of vegetables and fruits can be found in Meghalaya. About 81% of the people of Meghalaya depends on agriculture.The farmers in Meghalaya are practicing modern and improved methods of Agriculture. Using of Plant protection measures, Chemical fertilizers and introduction of High Yielding Variety (HYV) seeds of Wheat, Maize, Paddy, etc has contributed to the increase in production of food grains. Mechanisation of Agriculture has raised to some extent.

There are also various types of Crops grown in Meghalaya which includes:

Rapeseed and Mustard are the most important oilseed crops grown in Meghalaya. Other oilseed crops include Soyabean, Groundnut, Sesamum, Linseed,Castor and Sunflower. Fibre Crops important fibre crops grown in the State are Cotton, Mesta and Jute. These crops have been also the traditional cash crops of the Garo Hills. 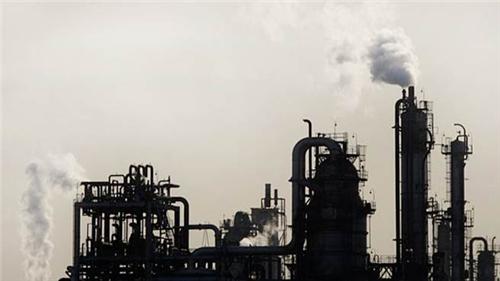 The level of industrialization in Meghalaya is low. But Meghalaya has a rich base of minerals like coal, limestone, silimanite and granite, which could be really helpful in increasing the trade and industries of the state. People are also engaged in small scale industries and making of handicrafts and other household products. There are limestone and cement factories in Meghalaya. Meghalaya is also a hub of horticulture and flori-culture industries where most people are engaged. 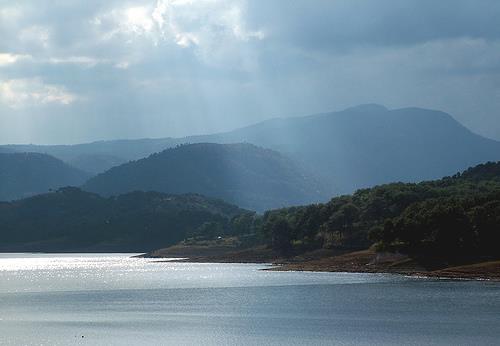 The state of Meghalaya is situated in the north-eastern part of India. The state capital is Shillong which is located at an altitude of 1496 mts. above sea level. Meghalaya is located between Latitude 20° 1' N & 26° 5' N and Longitude 85° 49' E & 92° 52' E. The State is bounded on the North by Goalpara, Kamrup and Nowgong districts of Assam, on the East by Karbi Anglong and North Cachar Hills Districts of Assam, and on the South and West by Bangladesh. The total area covered by the state is 22,429 Sq. Km and the total forest area is 8510 sq. km. The highest point is the Shillong peak which is at a height of 1965 m above seas level.

Distance from Shillong to Major Cities and Towns

Distance from Cherrapunjee to Major Cities and Towns

Distance from Nongstoin to Major Cities and Towns

Distance from Tura to Major Cities and Towns

Meghalaya is covered mostly in forested terrain with one third of the state covered with forests. The state has an eco-region and sub tropical forests with mountainous forests and lowland tropical forests. The forests are a home to large variety of mammals, birds and plants.  Shillong, the capital of Meghalaya, is a popular hill station of the north east. Meghalaya covers a total area of 22, 429 sq kms and is spread across about 300 km long (east-west) and 100 km wide. 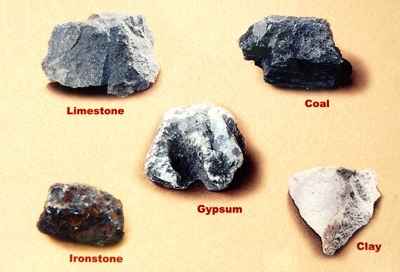 Meghalaya is a safe deposit of minerals. The major minerals that are present in the state are Coal, Limestone, Clay and Sillimanite. Other minerals include Phospherite, Glass-Sand, Granite, Quartz & Feldspar, Gypsum, Base Metal, Gold, Uranium and Iron-Ores. Coal and Limestone are also exported to Bangladesh, earning a good amount of foreign exchange.


Types of Forest in Meghalaya 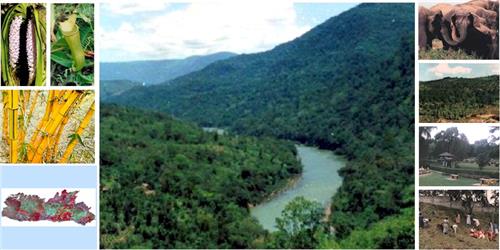 Quick Facts of Forests of Meghalaya


Meghalaya is blessed with a rich, varied, dense, widespread, exotic and cultivated flora. Nature, in its generous abundance, had given Meghalaya a unique type of vegetation, ranging from tropical and sub-tropical to temperate or near temperate. Both tropical and temperate vegetation is done in Meghalaya. The famous plants of Meghalaya are its Botanical Wonder, Orchids, Decor Plants, Money Spinning Plants, Lac and Gum plants. Meghalaya is also famous for its honey production. Floriculture, or flower farming is one of the prime occupations of the people here as the weather supports growth of beautiful flower species and plants. There are also many orchid types which grow in Meghalaya.

Meghalaya has a rich and interesting plethora of fauna. It is said that about 50% of the total number of mammals found in the entire Indian sub-continent can also be found in Meghalaya and its adjoining states in the North-East. The mammals, such as Tupaia, Rhizomys, Cannomys, Chiropodomys, Micromys etc occur only in Meghalaya and its adjacent areas.Some of the most interesting animals found in Meghalaya are the Hoolock - the only tailless ape in India, Golden Cat, Leopard Cat, Jungle Cat, Large Indian Civet, Binturong or Bear Cat Himalayan, Black Bear, Barking Deer and Pangolin. 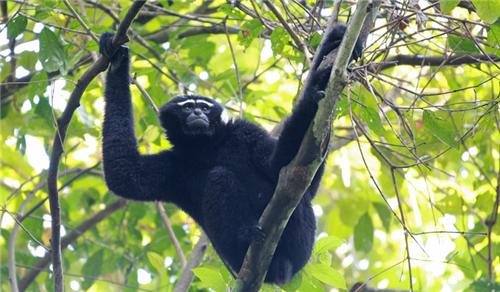 In the forests of Meghalaya, especially in lower altitudes, multifarious species of birds can be seen in abundance. Some of the common birds are: Hoopoe, Long tailed Broadbill, Scarlet Minivet, Burmese Roller, Blue-throated Barbet, Red-vented Bulbul, Himalayan Black Bulbul, Himalayan Whistling Thrush, Spotted Forktail, Black-breasted Kalij Pheasant, Red Jungle Fowl, and Mynas like Jungle Mynas, Hill Mynas etc and Turtle-dove. Meghalaya's butterflies are famous all over the world for their beauty, among which are Blue Peacock, the Karserhed, the Orange Oak Leaf, the Dipper, and the Bhutan Glory.

Reptile population in Meghalaya includes lizards and snakes, poisonous and non-poisonous. Important ones are: Indian Cobra, King cobra, Coral Snake, Vipers, Python, Blind Snake, Copperhead, Red-necked Kulback and Green Tree Racer. Besides mammals, birds and reptiles, Meghalaya has a number of amphibians and fishes and insects. Amphibians like frogs, toads etc. and fishes like rohu, mrigal, kalibaus, puti and many more of hill stream adaptation are found abundantly in Meghalaya. Among the insect population, ants, flies, bees, beetles are common. 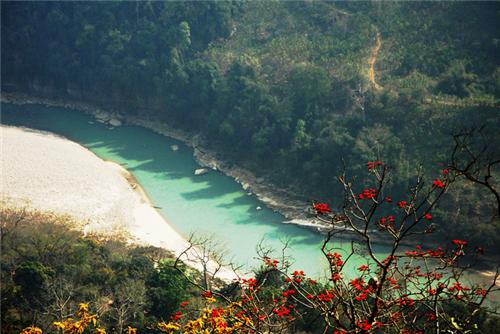 In the Garo hills of Meghalaya, the most important rivers of the northern system from west to east are the Ringgi,  Kalu, Chagua, Didram, Ajagar, Dudnai and Krishnai. Among these rivers only the Kalu and Krishnai are navigable. Other main  rivers of the southern system are Sanda, Daring, Bandra, Dareng, Simsang and Bhogai. Simsang River is the largest river in the Garo hills district of Meghalaya and navigable only for about 30 Km . Other navigable rivers in Meghalaya are Bhupai.and Nitai. In the central and eastern part of the plateau the other important northward flowing rivers include Digaru, Umkhri and Umiam and the south-flowing rivers include  Mawpa, Kynchiang (Jadukata),Umiew or Barapani , Myntdu and Myngot. The gap between Raj Mahal hills , Chhota Nagpur and the Shillong Plateau is known as the Malda gap.

The Meghalaya society is the only matrilineal society in northeast India. In this society type, the women lead the society and has more status than men in the society.  The  society within Meghalaya does not allow dowry for marriage. Meghalaya is a land of diverse tribes and races of people living in harmony. The art and craft of Meghalaya is very unique. The three tribes of Meghalaya the Khasis, the Garos and the Jaintias are apt in making different kinds of cane and bamboo items. Meghalaya is also very popular for its various dishes like Jadoh and Tung Rymbai, Ki Kpu and pickled bamboo shoots. The state of Meghalaya is also very fond dance and music. The people of Meghalaya celebrate many festivals. Apart from Christmas, New Year, Diwali, Independence Day, Durga Puja tribal festivals are celebrated across the state with much Fun and fervor. The festivals celebrated in Meghalaya are mostly for celebrating harvest and sowing period of farming. Some of the important festival celebrated by the different tribes of Meghalaya include Shad Suk Mynsiem, Wangala and Behdienkhlam.


People and Festivals of Meghalaya 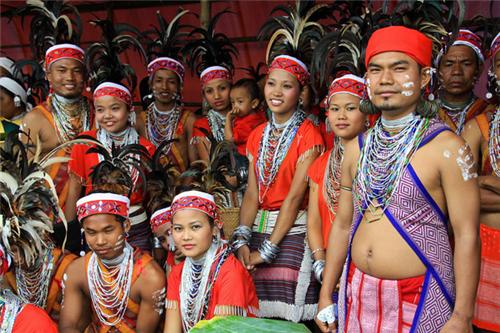 Different communities dwell in Meghalaya in harmony. Khasis, Jaintias, Garo, Hajong and Tiwa are some of the major tribes dwelling in Assam. Most of the native populations of Meghalaya are Christians. These different communities and tribes of Meghalaya have their own fairs and festivals, dance and music, languages, arts and crafts and delicacies. The people also have their distinguished religion, culture, age old traditions, rituals and celebrations. 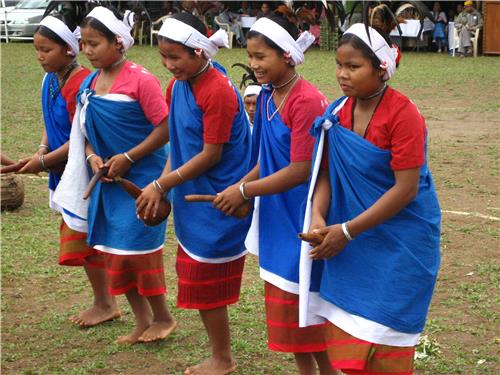 The Khasi people form the majority of the population of the eastern part of Meghalaya. They are also known for their simplicity. The Garo people are the second largest tribe in Meghalaya and comprise about a third of the local population. The Hajong is a tribal ethnic group of Meghalaya and is the fourth major tribe in Meghalaya. The Hajongs are primarily rice farmers and spend their livelihood through that occupation. 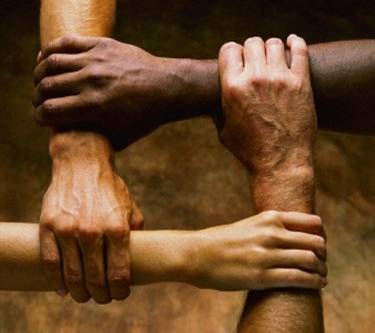 An amalgamation of natural beauty, different tradition and its people make Meghalaya, the hill state of the north-east an incredible place. With its rich history and geography, having different culture with its  beautiful dance and music, authentic food, unique art and craft and colourful festival; Meghalaya owns a profile unique in its own sense.