We all know that the main occupation of the Khasis residing in Meghalaya is agriculture. Well, traditional methods are still in use in various parts of Meghalaya including Shillong, albeit with some innovations. The farmers have used their experience along with age old farming practises to reduce soil erosion and increase yield. Two distinct types of agricultural practices are followed here -  settled and shifting. Most of the forest areas except protected forests, sacred groves (Law Kyntang), restricted forests (Law Adong) and private forests are open to shifting agriculture or Jhum as it is popularly known. It is a type of cut-and-burn or burn-and-plant method of shift cultivation. 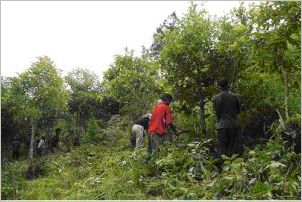 Jhum agriculture is not a means of livelihood only; it is an integral part of their tradition and culture and it gives them food throughout the year. However, with modernization, these farmers cultivate crops not only for their own use but also for selling surplus produce in the market for extra income. They grow commercially important crops such as turmeric, cabbage, cauliflower, pea, radish and potato etc.

According to a popular legend, the Wind God and God of hail and storm dispersed rice seeds from some celestial tree. These were then properly sown by the do'amik bird. Some of these seeds were also given to few people with instructions on shift agriculture. God ordered that after every harvest, a portion of the harvest must be dedicated to Him.

Another fable is that a man named Bone-Neripa-Jane-Nitepa in Garo hills cultivated rice and millet from land near a rock (named misi-Kokdok) after clearing the land. He told others too about this and thus started shifting cultivation. 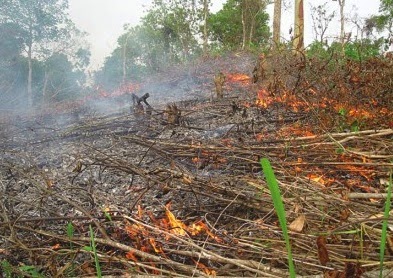 Jhum is a type of mixed cropping system practiced by Khasis, Garos and alike. The benefit of Jhum agriculture is that it maintains high crop diversity. The road from Guwahati to Shillong is replete with the beautiful sight of areca nut plantations. Nowadays, coffee, tea and cashew nuts are also grown.
Shillong has a natural grace of forest cover, abundant natural resources (limestone, coal, granite, sillimanite, kaolin) rich bio diversity and yes, number of water bodies.

It is important to keep old traditions alive while also adding some innovative and modern sustainable methods of agriculture so that farmers can fend for themselves, sell extra produce to earn a comfortable livelihood and most importantly also preserve the natural habitat of their own region. Indian Council of Agricultural Research (ICAR) has also developed alternative methods of farming to encourage farmers learn and embrace new agricultural technologies.