* In case of any delay in receiving the OTP, you may verify it later. Please proceed without verification.

Meghalaya is best known for Shillong - one of the beautiful hill stations of the Northeast and also Cherapunjee and Mawlynnong. Hundreds of people visit this beautiful state to experience the power of religion and spiritualism. The people in Meghalaya give equal importance to each and every religion. The people of this region are quite religious minded. There are many well-known cathedrals and churches like the famous Cathedral of Mary Help of Christians, Gurudwaras, temples and mosques located all over the state of Meghalaya. Some of the religious tourist places located across the state of Meghalaya are: 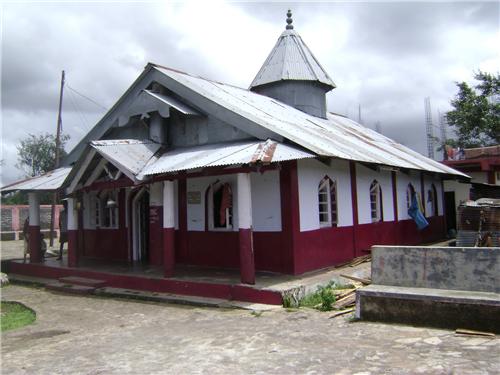 Nartiang Durga Temple is a 500 year old Durga temple. It is one of the oldest Durga temples in the region. Puja is performed in the temple in the Hindu and the Khasi tradition. According to legend, during the immolation of Sati, when Lord Shiva took the corpse of Sati and performed Tandava dance, Lord Vishnu then cut the body into 51 pieces. In the process, Goddess Durga’s left thigh fell in Nartiang and due to this in Jaintia hills the goddess is known here as Jainteshwari. Jaintia king Jaso Manik (1606-1641) married Hindu Koch king Narayana’s daughter. Lakshmi Narayana persuaded the king to embrace Hinduism. King Dham Manik made Nartiang the summer capital. It is said that one night the Goddess appeared to him and asked him to make a temple in the place. The temple was thus built in honour of the goddess.

The temple was earlier constructed like a typical Khasi house. The temple had a central wooden pillar. The roof was built in thatch and was later replaced by uneven tin roof. The present temple has a roof like a steeple of church. Within the temple there is a tunnel that reaches the river Mytang. Through this hole the heads of human (sacrificed) rolled down to the river Mytang. However, the British banned the practice of human sacrifice.

Matri Mandir is dedicated to Goddess Kali, and is one of the most popular temples in India. This huge century old temple has a unique architecture with very beautiful artistic carvings. Apart from the beauty and location of the temple, another alluring feature of Matri Mandir is the celebration of the festival of Diwali. The temple, during this festival, is adorned with flowers and lights in the most exquisite way. Late at night, grand puja is organized in the honour of Goddess Kali. 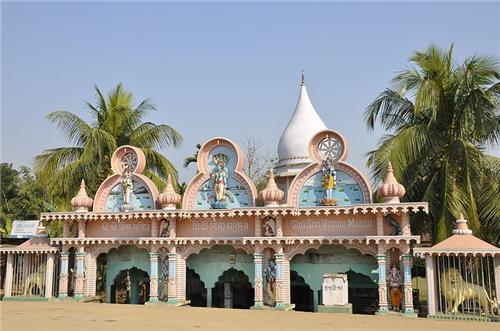 Mahadev Khola Dham is located in Shillong is another very popular temple in Meghalaya. Lord Shiva worshipped in this temple. This temple is set inside a cave. It is believed that the temple is built at the very spot where Lakhiya Baba, sage decided to meditate and stay.

Another legend claims that a Subedar Major of the 8th Gurkha Rifles was instructed to excavate this spot in a dream.  While excavating the spot, he came across the Shiva Lingam and hence, the temple was constructed at this spot.

Whatever may be the truth, this temple is very famous with the devotees who come here in large numbers to pray. During shivratri, the temple and its surroundings are packed with visitors and devotees reveling in the festivities. The festival of Shivratri is celebrated with great religious fervor.

This temple is located near the Bangladesh border in Borghat. It is however presently in ruins due to destruction by earthquake of 1897. According to tradition, the Jaintia Kings used to offer sacrifices in this temple. The dome of the temple which is shaped like a cupola made of hard stone fell off during the earthquake and now rests on the side court of the temple. 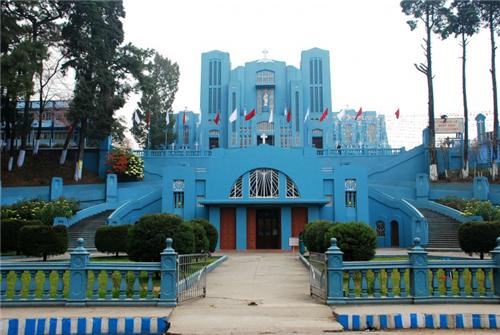 Meghalaya is a home of many beautiful cathedrals and churches, and most of them being located in the capital city of Shillong. These churches are not only popular from the religious point of view but also from the architectural point of view also. They are also the important tourist spots of the state. Some of the popular Churches in Meghalaya are:

Cathedral of Mary Help of Christians

This is one of the biggest and beautiful churches in Meghalaya. Perched on a hilltop in Laitumkhrah locality in Shillong, the structure of the church is characterized by high arches and stained glass windows. There is the Grotto Church below the cathedral premises. The cathedral is named after Mary, the mother of Jesus Christ. It is also one of the most visited religious tourist place in Meghalaya. Regular prayer services and mass services are held in the church.

The Shrine of Our Lady of Good Health

This shrine is located in Ralian village about 30 kms off Jowai. It is built as an octagonal cross which appears like a triple storied structure from outside. From the inside, the shrine consists of a big hall with an altar in the center. Atop the dome and altar, there is a statue of Our Lady of Good Health made in white marble standing on a globe. The style of architecture is Roman and is a replica of the Shrine of Our Lady of Good Health in Turin, Italy. the shrine was completed in January 1989.


Shillong Baptist church:  This church is located in Poilce bazaar in Shillong.

Nepal Christian Fellowship Church: It is an independent church for the minority group of Nepali Christians of Meghalaya.

Litumukhrah Presbyterian Church: it is also a beautiful church located in the Laitumukrah.

This Dargah which is popularly known as Pristhan is located at a distance of 80 kms from Tura. This history of this Dargah dates back to about 700 years when Raja Mahendranarayan was ruling this region. During his reign, this place was occupied by a demon that created lot of trouble. One day Shah Kamal Baba visited this place and seeing the trouble of the people and the king, he drove the demon away from the place. Raja Mahendranarayan was so pleased that he donated 240 acres of land. The Dargah is thought to be a place where the prayers are answered. Every year there is a Mela which is held during the month of April or May and thousands of devotees come to Pristhan for the annual prayers.
9910